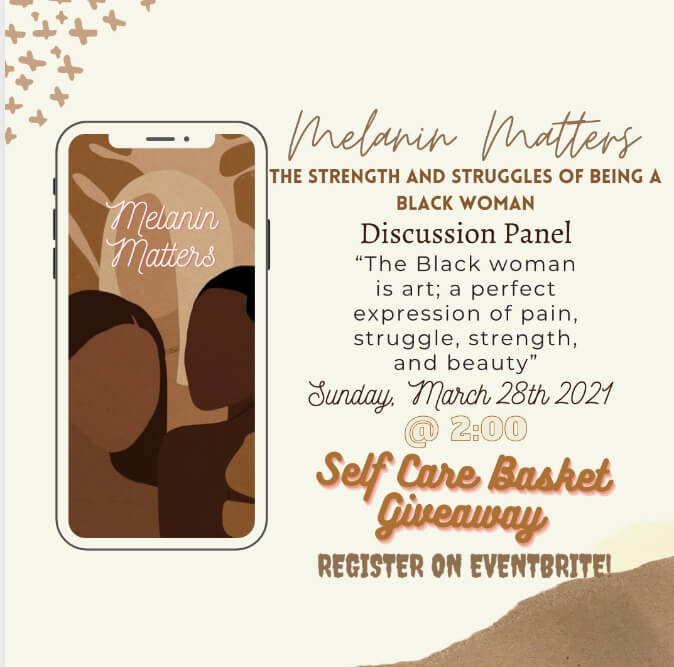 During the event, the girls discussed the strength and struggles of being a black woman in America. Being a “strong black woman” is common stigma associated with African American woman. However, this is not always a compliment. For years, black women have taken on a dominant role in their culture. They have always put the problems of others before their own while subconsciously suppressing their feelings. This has occurred throughout history. Sometimes, being a “strong black woman” makes us feel like weakness should not exist in our lives. Sometimes, it makes us ignore the physical/mental health issues that we may be dealing with. But sometimes it is okay not to be okay and black women often forget this. Self-care is important. Mental health is important. You must take care of yourself before you take care of anyone else.

Black women are often perceived as being “angry” or “ghetto,” however, this is a misconception. Black women are neither. Black women are prideful, outspoken, and fashionable. From the beginning of American history, society has tried to silence woman and get them to submit to men. Women were not equal to men. Even today, those patriarchal ideas continue to exist. Black women have never been afraid to voice their opinions on matters that they care about, but society does not like this. Therefore, they label us as “angry” and “ghetto.”

Overall, the event was a success, and the girls were able to bond over the similar experiences they shared. Thank you to all of you who attended!

Why Should Youth be Involved with Social-Emotional Learning Programs Now More Than Ever?

The Value of Listening

Stay informed of what is happening in our area.